EVERYBODY, EVERY DAY HERO

As part of Active Geelong’s ‘EVERYBODY, EVERYDAY’ movement to make Geelong the most active city in Australia, we want to spotlight the everyday heroes...

Active Geelong ambassador, public speaker and Paralympic gold medallist Richard Colman is a man on a mission. Born in 1984 with Spina Bifida, the...

“As routines go out the window, and normal is no longer normal, you have more reason to plan how to keep active”. Active Geelong... 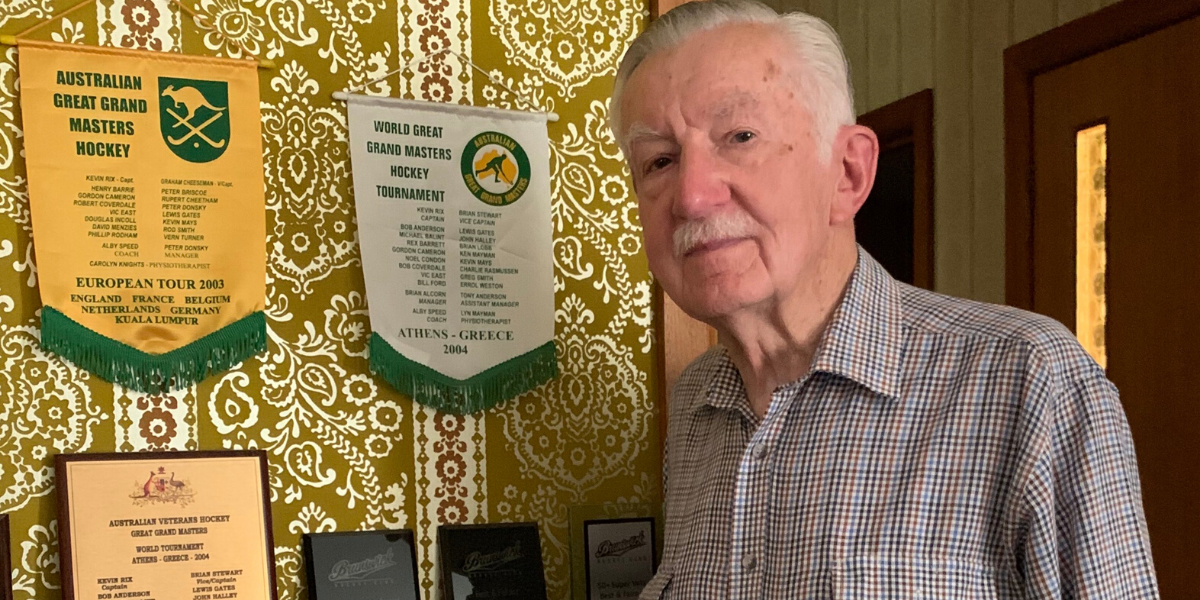 As part of Active Geelong’s ‘EVERYBODY, EVERYDAY’ movement to make Geelong the most active city in Australia, we want to spotlight the everyday heroes who are changing their lives for the better through physical activity.

Doctors are telling Lewis Gates he could live to 100.

And there is a simple reason for that.

“Because I’m still so fit,” explains Lewis, who recently celebrated his 90th birthday.

If ever there was an Active Geelong ‘EVERYBODY, EVERYDAY HERO’ to demonstrate the health benefits of following this recommendation, then Lewis is certainly it.

“Every Monday, Wednesday and Friday, I do a series of exercises, and then on Tuesday and Friday I do the exercise bike,” Lewis says proudly. “And I also do some walking and gardening on top of that.”

The former Construction Project Manager begins his routine first thing in the morning.

“Just to the count of. I can’t hack this business of doing 20 and then having a rest and doing another 20. I don’t do sets.”

Lewis admits there was a time when he could do a few more of each exercise than he can now. “But for my age, that’s pretty good, I think,” he quips.

Absolutely it is – especially when you consider that, according to research, 37% of people who live in Geelong (most much younger than Lewis) are not meeting the minimum physical activity guidelines.

In fact, it wasn’t that long ago that Lewis was still playing competitive hockey as a goal-keeper. At 83, and with 1000 games under his belt, Lewis was the oldest registered player in Australia.

“A lot of my motivation comes from that. And also I need to stay fit, mentally and physically, to look after my partner, who has severe dementia.”

Do you know someone who is an ‘EVERYBODY, EVERYDAY HERO’?

Contact Active Geelong here and help us give them the recognition they deserve for trying to make Geelong the Most Active City in Australia!