We’re on the hunt for a superstar to provide executive support and help us achieve our mission of making Geelong Australia’s most active region.... 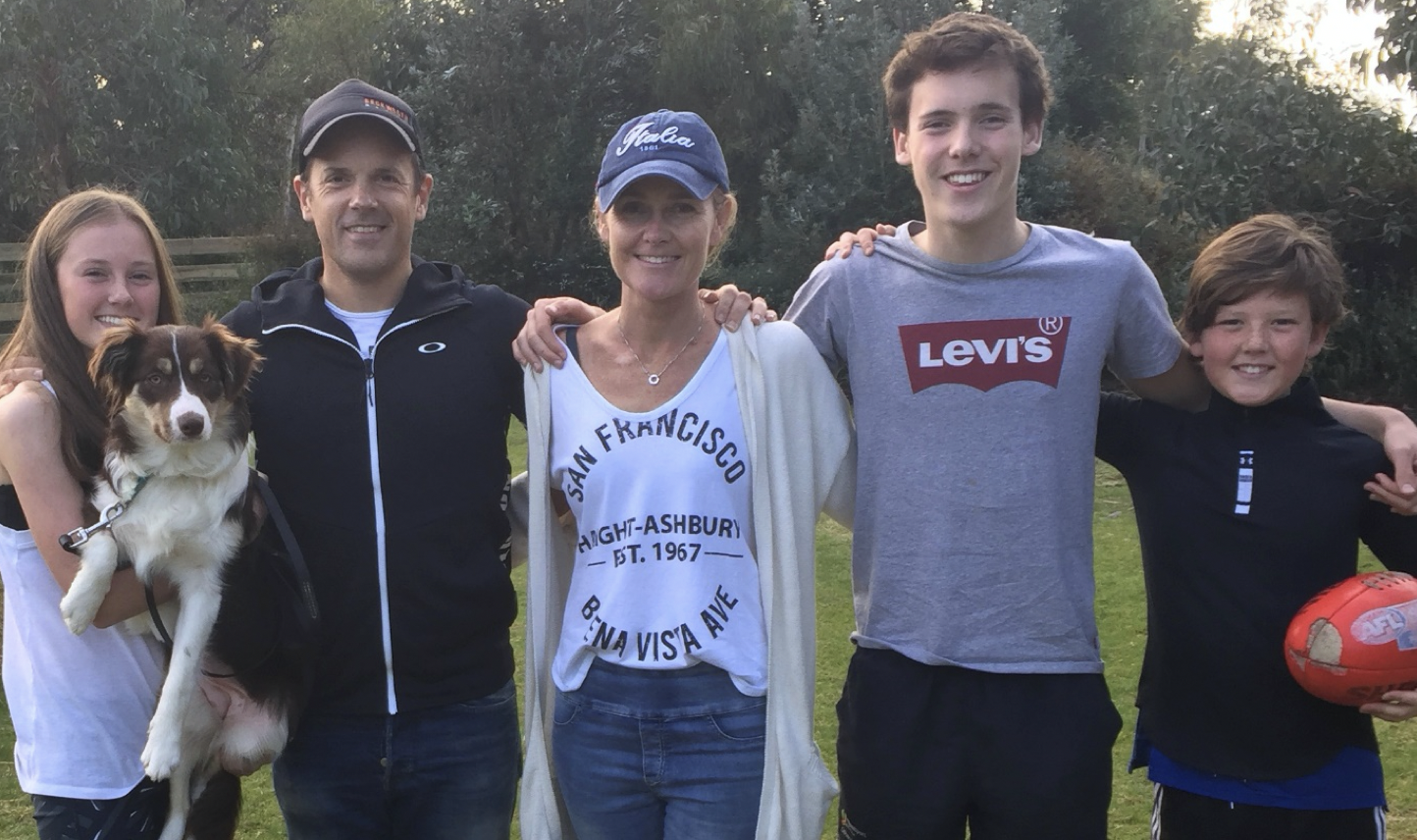 EVERYBODY, EVERY DAY HERO

As Active Geelong begins its #activefamilychallenge, we catch up with a Geelong family of EVERYBODY, EVERY DAY HEROES who are changing their lives for the better through physical activity.

The McKies from Torquay are known to their family and friends as being a very active family.

The clan of five – parents Andy and Sandra, oldest son Jacob, middle daughter Jaime and youngest son Archie – do just about everything you can think of to stay fit.

If ever there was a family that personified Active Geelong’s ‘EVERYBODY, EVERY DAY HEROES’ movement it would be them.

But, in Sandra’s own words, they are “nothing special”.

“I know people’s perception of us as a family,” says Sandra, a keen runner who once finished third in an overseas marathon.

“But I look at us and think – we are just a normal family who is active and healthy.

“We are no different to the next family – they just haven’t started yet.”

Anything you can think of, you can be sure one of the McKies will be doing it: walking, running, bike-riding, swimming, kayaking, triathlons, hiking, Surf-Lifesaving, basketball, AFL, netball, skateboarding, scooting.

“You don’t have to make it this big thing that’s difficult to achieve,” 48-year-old Sandra says.

“You just start off small and build it into your daily routine,” she continues.

“It’s just a habit, that’s all it is. Just like when you wake up and have breakfast every morning, you can get up and do some form of exercise.”

To be in the presence of the McKie family as all five sit around the table and speak passionately about physical activity is inspiring.

Even 10-year-old Archie, who rides his bike to school every day, can articulate eloquently why he loves being so active: “I just do it for the happiness and endorphins,” he says, in an answer that surprises even his parents.

So how does your family become more like this one?

It’s a question that Andy poses during our discussion.

“You almost have to put yourself in the mindset of someone who is not active yet – what is that barrier stopping them? “What unlocks it?” He ponders.

It occurs to Andy to raise this as a topic because, not too long ago, he had asked himself the same question.

“We still struggle some days to get out there and do it – it’s not any easier for us,” the 45-year-old says, with everyone else nodding in agreement.

“I’m in a focus now to get myself fit again because, for a while there, I got myself pretty unfit,” he adds.

“I’ve run marathons, paddled across Bass Strait, all these things, but I still found myself in a pretty unhealthy place.

“So you do ask yourself: ‘how did that happen?”

As Andy begins to think out loud about how he overcame the struggle so many of us are going through now, his son Jacob interjects with a theory.

“What I think motivates people through these events are the people around you,” says, Jacob, a vibrant young athlete who competes at a national level in triathlons and road cycling.

“As a family, I think we helped Dad get motivated again.”

Indeed, the McKies all lean on each other.

The three siblings will often train to together, the oldest one ‘pacing’ the younger one on runs or rides; whether it be 14-year-old Jacob helping 12-year-old Jaime, or Jaime for Archie.

When one of the family members have a competition, marathon or charity event, the entire family act as the ‘support crew’.

It’s in these times that Sandra believes physical activity has actually taught her children some of life’s most valuable lessons, such as “being unselfish” and “giving back to the community”.

“They realise it’s not all about them,” she says.

Sandra and Andy strongly believe physical activity has made their children mature, and when you hear Jaime speak about the mental health benefits of physical exercise, you can see why.

“I like team sports, but I really love going out for a run or a ride and just being with my own thoughts; to clear my head,” Jaime articulates.

For Andy, exercise has brought him closer to all his children.

“From a father’s perspective, that’s bonding time with your daughter,” he says, using an early morning run with Jaime as one example.

“That’s a relationship that we are building over the years. And each time we get up and it’s freezing cold, and you complain to each other, that makes the relationship stronger because you get through it together.”

Many of us have set ourselves a goal to accomplish a certain fitness challenge, only to fall back into the same habits once the goal is no longer there as motivation.

Andy and the rest of the family have been there, too.

“Once you achieve a fitness goal and you come off the other side of it, the question becomes: how do you find the motivation without chasing the next event? How do you build it into your daily lifestyle where you actually just enjoy it for what it is?” Andy asks.

“I went through a phase of my life a few years ago where I had to completely recalibrate my outlook on exercise. I went from chasing an event to a more sustainable, lifestyle or wellbeing outlook to physical activity.”

Again, the answer was family.

“For me, it came down to what kind of life do I want to have as an adult?” Andy says.

“Do I want to be the overweight dad who can’t keep up with his kids?

“Or do I want to be the active parent who’s out there with his kids creating all these memories?”

Indeed, it’s these memories that get passed on, hopefully creating generational change among families.

“We might go to Lorne for a holiday and myself and Andy will go out for a run and I think, for the kids, it’s so nice for them to see mum and dad spend that time together,” Sandra says.

Jacob confirms that it does make a difference.

“For us – the stories we hear about the opportunities that exercise has given our parents – we look at the things they have experienced and think ‘wow, that’s awesome’,” Jacob says.

“And we think, ‘I’d love to feel that euphoria of achieving some of those things.”

In that way, Andy and Sandra believe physical activity is not just an ‘activity’.

It has become one of their family values.

“It’s just like someone wanting to be honest, or trustworthy, you can say to yourself that you want to be someone who is active,” Andy says.

“And when you have it as a value, then you can keep coming back to it.”

While it is possible one or all of the McKie siblings might yet end up pursuing a certain physical activity at an elite level, Sandra and Andy continually stress that it’s not about ‘achieving’ or ‘winning’.

Ultimately, what they really want to pass on is a life-long appreciation of physical activity that will ensure their children can maintain a healthy lifestyle as they face different stages and challenges.

And the fundamental message is simple: physical activity = happiness.

“I know that I could end up obese, or with diabetes, or end up unhealthy and unhappy, and that’s not the life I want to lead,” Andy says.

“At the moment, our kids live it – they are in the habit of it – but eventually they’ll have to decide it for themselves,” he says.

“But the thing they’ll have in their favour is the memories and the joy that it brought them when they were young.”

“As I said to you at the start, we are not special. We just know what it feels like to be an active family, and I think when other people feel that – they’ll know how great it can be,” she says.

“It excites me to think that there might be a family who reads this and that our story might be the thing that unlocks it for them.”