As we move into 2020 the focus for Active Geelong continues to evolve. Last year we made great strides with the medical community and...

This week in the Geelong Advertiser, Executive Director at Villawood Properties and Active Geelong Ambassador Rory Costelleo features promoting the use of electric bikes in...

Active Geelong and PlaySport share a vision for increasing physical activity amongst the population with Active Geelong aiming to become Australia’s most active city... 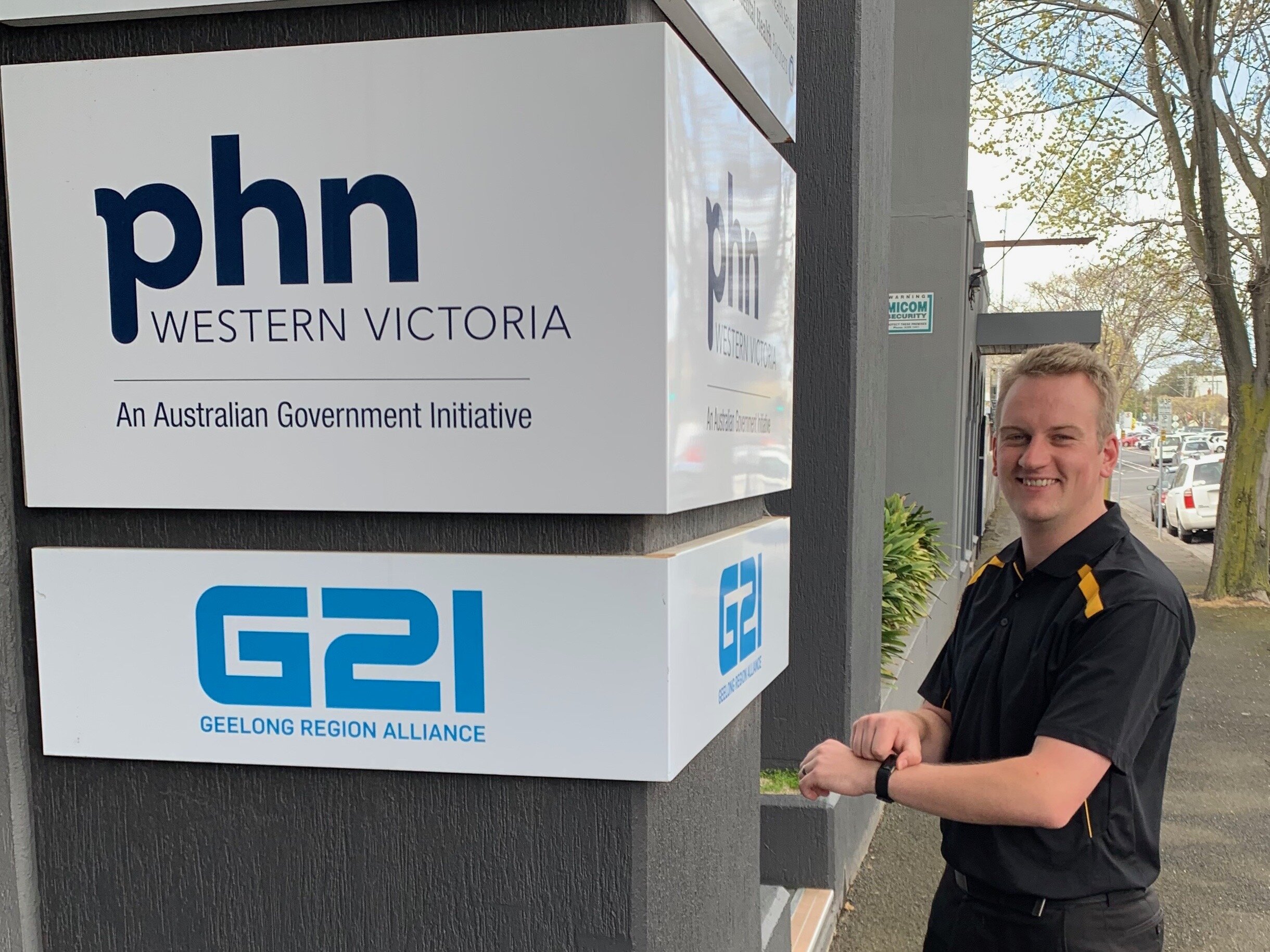 As part of Active Geelong’s ‘EVERYBODY, EVERYDAY’ movement to make Geelong the most active city in Australia, we want to spotlight the everyday heroes who are changing their lives for the better through physical activity.

Darcy Clissold will reach a personal milestone this week – one that he has worn through many pairs shoes to achieve.

Not even the birth of his child one year ago could stop him.

Back in October 2015, a group of work colleagues challenged Darcy to get out from behind the desk and complete 10,000 steps every day for a month.

“Initially I laughed at the idea,” Darcy recalled.

“I work in IT and I just thought I couldn’t literally find enough opportunities in the day to achieve 10,000 steps.”

How wrong he was. After buying a new Fitbit and watching the numbers tick over every day for two weeks, a habit started to form.

Now, having tracked over 20 million steps and 15,000 kms in four years, the 30-year-old admits that plugging his trusty Fitbit into the computer and looking at the extraordinary numbers that pop up is “almost an obsession”.

But it’s a healthy one. Not only has his casual fitness improved, the walking has also helped Darcy maintain a healthy weight.

“I’m almost obliged to get out of the office every lunch time now because, in my mind, I need those steps – so it’s been great and I feel better working that last part of the day,” he said.

“I know one day the streak will be over, but I want to keep it going while it’s still in my control.”

Darcy now works as an IT Manager at the Western Victoria Primary Health Network in Geelong (an Active Geelong supporter) and ticks off his steps by parking 10 minutes away and walking to the office every morning.

From there, he will also do a lap of the block around his work as a mid-morning recharge and then head down to the Geelong waterfront on his lunch break.

Darcy is a shining example of how advocating physical activity in the workplace can empower people to change their lives for the better.

“I would have been someone who said ‘there just isn’t enough time to do that’,” he admitted, reflecting on how much his mindset has changed over the years.

“But I have found that it’s become very easy to fit in exercise and then build your day around it”.